Birth and death are two gates. We enter through one, and leave through another.

I can’t tell you how many people have told me they thought they’d invented the term Death Doula or Death Midwife. They were thinking about how poorly we meet death, and then about how we’re better at meeting birth, and voilà! They put the two together and the idea of a Death Doula or a Death Midwife popped into their mind. When the same idea shows up in so many different people, it’s clearly one whose time has come.

I love this story, because it shows that Death Midwifery grows out of a natural human understanding. At some deep level, we know that birth and death —the two thresholds of life—  are connected, and that they need to be tended with the same kind of sanctity and care.

Birth and death are about endings and beginnings

A pregnant woman and her unborn child are one being. They’re so intertwined that it’s difficult to see where one ends and the other begins. At birth, that connection must be broken. It’s a painful process, but it’s what makes life possible. The child is separated from the mother, and must begin the process of connecting to the rest of their community. It’s the death of one kind of relationship and the birth of another one.

The same thing happens at death. A living person is intertwined with the people, animals, and places who they love, and who love them. This collective body is, in a sense, one being. At death, the physical aspects of those connections must be broken, the same way the child’s physical connection with the mother is broken at birth.

Death ends a life, not a relationship

As a Death Doula, I help my clients come to terms with the changes in the web of connections that make us who we are. When people are supported to find new ways to be in relationship with each other after a death, then healing and integration is often more accessible.

Dying and being born are intimate, family-level experiences

These are fundamental human processes. They are about welcoming new members of our families and communities, and saying goodbye to them as they leave.

Both Birth Midwifery and Death Midwifery empower families to participate in the processes as much as is right for them. Institutional support (from medical or funeral services) can be a good fit for some families, but it’s important that people know all the options available to them. Reclaiming birth and death is critical to finding a healing path through them.

Death Midwifery: An idea whose time has come

From today’s perspective, it’s hard to remember how innovative and unusual Birth Midwifery was when it first (re-)emerged in our society. I’m convinced that Death Midwifery will take the same path, and it’s exciting to be involved at the beginning! 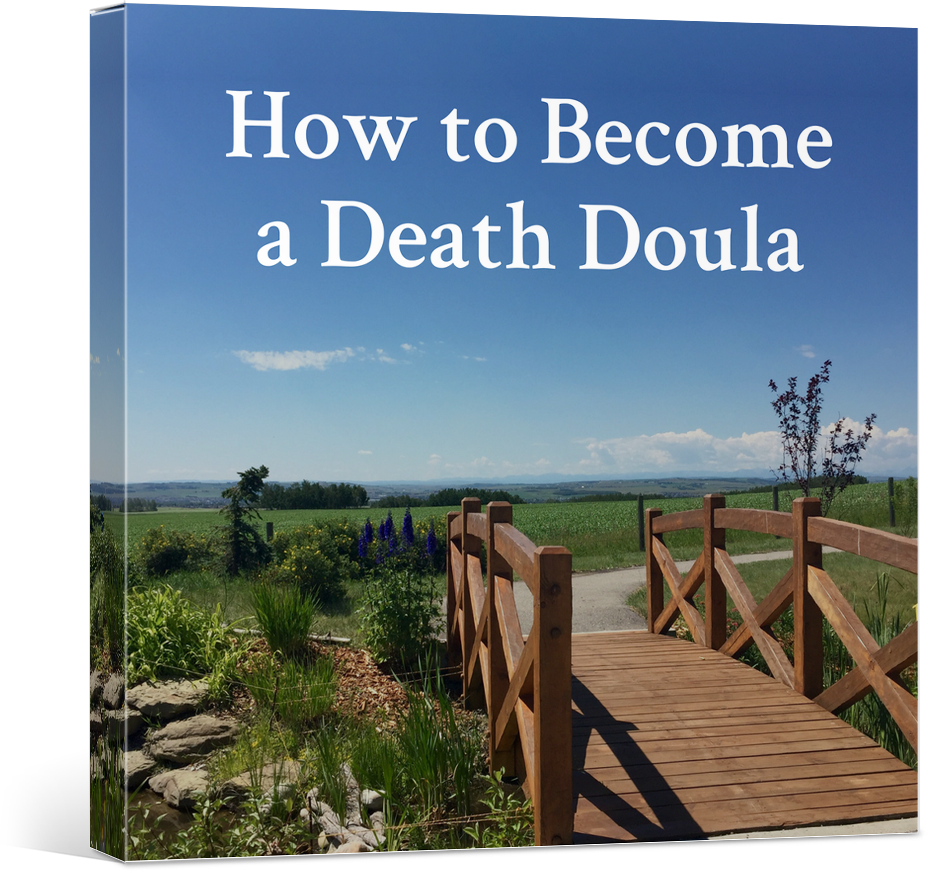 How to Become a Death Doula

An online course that answers all your questions about this exciting new field.

I’m available for in-person sessions in Calgary, Alberta, and internationally by phone or Skype.