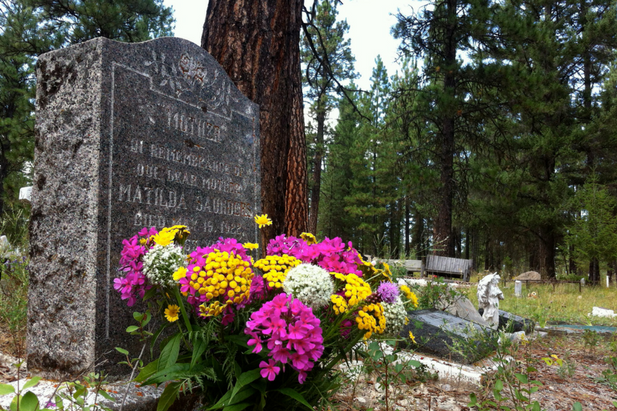 I facilitated a beautiful healing ceremony for a woman whose twin brother died a month after their birth. Decades later, the energy in the family system was still out of balance because the death was never properly met.

The brother had never been ritually conveyed to the Village of the Ancestors, and the sister hadn’t been helped to reconfigure their bond so she could relate to him as an ancestor, rather than a living sibling. He was, in a sense, still here, and his energy was intertwined with hers. She struggled with not being able to tell where he ended and she began; he had always been so close that she couldn’t find herself.

She wanted to stay in relationship with him, but it was also confusing to have him so close. It’s ironic, but the deepest intimacy requires clear differentiation.

The ceremonies and rituals around a death are designed to facilitate such a differentiation. They help the dead to leave the Village of the Living, cross the sacred river, and establish themselves in the Village of the Ancestors. They help the living to accept that the person has left, and to register at every level that they are no longer on this side of the river. After a death, the clarity of this energetic delineation allows those on both sides of the river to find a new and healthy way of being in relationship with each other.

The month-long ceremony with these twins began on their birthday, and culminated a month later, with a ritual at the brother’s grave on his deathday. It involved a slow and gentle untangling of the intertwined energies, a ritual conveyance of him across the river, and a clarifying of who’s who and who’s where, with respect to the river that separates the realms. It was deep, magical, and very, very healing.

One of the many notable parts of this process is that it was done from a distance. My client and I have never met in person, she did the ritual at the cemetery in another province, while I guided her by phone.  She had other long distance support, as well. Along with the friends and family members who held space for her at the cemetery (6 of them spread out, in a 50 foot circle around her at the grave), there were others doing the same, with bonfires in backyards across the country. It’s gloriously convenient that rituals work outside of time and space!