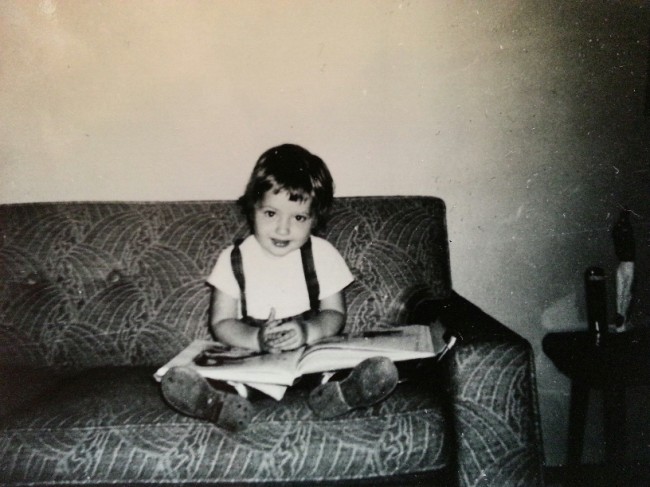 Annie was 53 years old when she came to see me. When she was three, her mother and sister had died together in childbirth.

The double death was a tragic and painful experience, and everyone involved met it as well as they could. Annie’s baby sister was buried with her mother, but she wasn’t named or marked on the tombstone. And she wasn’t mentioned at the funeral. Because she was so young, Annie's family didn't think she'd understand the funeral, and so she didn't attend.

Fifty years later, Annie came to me because the family system was still out of balance. She hadn't been able to integrate her sister's death, and she was looking for healing. We did some energetic investigating, and it became clear that the first issue to be resolved was around her baby sister.

Because she came into the world and left it at essentially the same time, Annie's sister didn't get the energetic support that's needed at each of those important transitions. She had never been formally received by the Village of the Living, nor had she been properly conveyed to the Village of the Ancestors. She was in a kind of no-place, because she hadn't been woven into the family web on either side of the veil. Her absence was an issue no only for her, but for Annie too.

Although she didn't know to name it this way, this hole in the family web was palpable to Annie. She struggled with not knowing how to be in relationship to this baby. Annie wondered: Did she have a sister? Does she have a sister? When people asked her how many siblings she had, Annie didn't know how to answer. She couldn't sink her roots into the field of her ancestors (of whom her sister was one) because that field wasn't structurally sound.

The second issue that revealed itself in our explorations was around Annie's grief. Having not attended the funeral, Annie had never had the ritual experience (which is energetic, not intellectual) of having her grief honoured and validated by her community. At that critical ritual moment, when the magnitude of the tragedy was made real in a formal way, Annie was not present. The healing impact of the funeral didn't reach her. Annie's grief hadn't been ritually received and, from that, her child-mind developed a belief that it wasn't valid, that she didn't deserve to feel as bad as she did.

The two issues -the baby being excluded from the family system, and Annie's invalidation of her grief- were causing Annie deep distress, and she wanted to resolve them.

Annie and I worked together for a number of sessions, unpacking the story and re-balancing the energy patterns with healing rituals. It took time to tease out what the issues were, and then to slowly address them. The first goal of our sessions was to help Annie make her sister real.

In bringing her sister into the world, a critical moment occurred when Annie gave her sister a name:  Sherri. Names are powerful, they are in important part of what grants us existence. With a name, Sherri began to be.

Even in Annie's family, her sister had never really been spoken about. Now that she had a name, Annie was more able to speak about Sherri with her family and friends. These conversations wove Sherri into the web of the village. The effect was subtle but transformative, and soon Annie began to genuinely feel Sherri in her life, emotionally, intuitively, and energetically.

Another critical moment occurred when Annie commissioned a tombstone to be made for Sherri. She gave her their mother's name as a middle name, and their shared surname. Sherri not only had an identity, now she had a lineage too. When we talk about names as something we "give" to each other, it's a way of recognizing that we don't exist without a village to claim us.

Annie told me that when she saw Sherri's name literally "carved in stone," something enormous shifted inside her. At every level of her being, she now knew that she had a sister. Sherri's death, even at such a young age, did not change that one bit.

It took some time, but eventually we could feel that the ritual work had brought Sherri fully here. She had been received by the Village of the Living, and was finally established in her right place on the family map. The next step was to convey her to the Village of the Ancestors.

To help Sherri make the voyage across the river to the Village of the Ancestors, we held a funeral for her, complete with a tombstone, flowers, and speeches.  It was attended by those closest to Annie now, and was as moving as any funeral could be.

A friend wrote and delivered a eulogy to Sherri, declaring that the group gathered there was committing to be her village, and to provide the ritual support she needed for her journey. Another friend, who had 3 sisters, delivered what she called "a benediction on sisterhood," welcoming Annie in to the sisterhood of sisters. And Annie told the whole story of her loss, to a group that witnessed her grief with sacred validation.

The funeral had a profound impact on Annie, but the crowning glory of the ritual sequence happened a month later. When spring came, Annie drove the tombstone across the country and, with her 80-year old father beside her, watched as it was installed above the grave that Sherri and her mother shared.

Together, Annie and her dad stood beside the grave that contained the bodies of Annie and her mother and, for the first time in half a century, the family was whole.