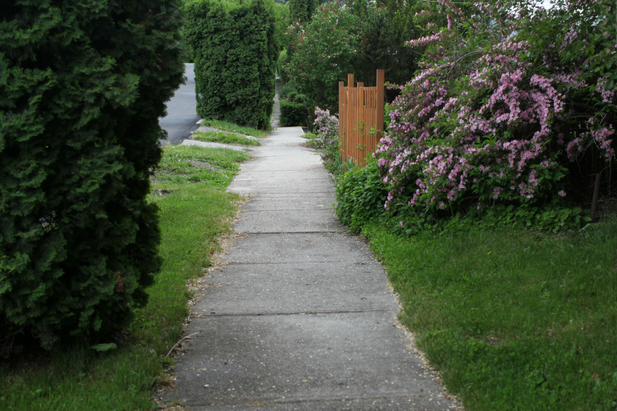 I had a rich session with a phone client this afternoon. She’s dealing with the sudden death of someone very close to her, and we spent a lot of time talking about how she would organize the funeral that’s scheduled for next week.

My client is conflicted: part of her feels it’s important to have some sort of community event, but another part is so grief-stricken and heartbroken that she wants to call off the plans she’s begun to make for it. The idea of gathering with other grieving people to talk about how much they miss this person just seems too painful to bear.

When hard things happen in our lives, it’s natural to want to move away from the pain, but all the great spiritual teachings tell us that the only way out is through. Much of our healing depends on our capacity to (as much as possible) be present to what is, to feel the grief and let it move through us. No emotion lasts forever, but the more we resist our grief, the longer it seems to stick around.

Based on this idea, people forego funerals altogether, or they go to great lengths to have events that are “happy” and that discourage tears. They have an event that doesn’t allow people to drop down into the truth of their grief because it’s essentially a modified cocktail party, where the energy is never focused and transformed.

People in pain will grasp at anything to avoid more pain, and because we don’t have a shared cultural wisdom about the healing power of a meaningful funeral, we don’t understand how they really work. Funerals don’t cause the difficult feelings, if they’re done well, they create a container strong enough to hold them.

My client was considering cancelling the funeral because she was worried it would be too hard on her, and on her children. She was afraid that the grief would be more than she could tolerate. At the end of our conversation, she had a whole different perspective on the process. While she knew it would be emotionally difficult, now she has a sense of why it’s worth going through it. In her words, her pain and grief now has “a purpose” and the funeral will be in service to that purpose.