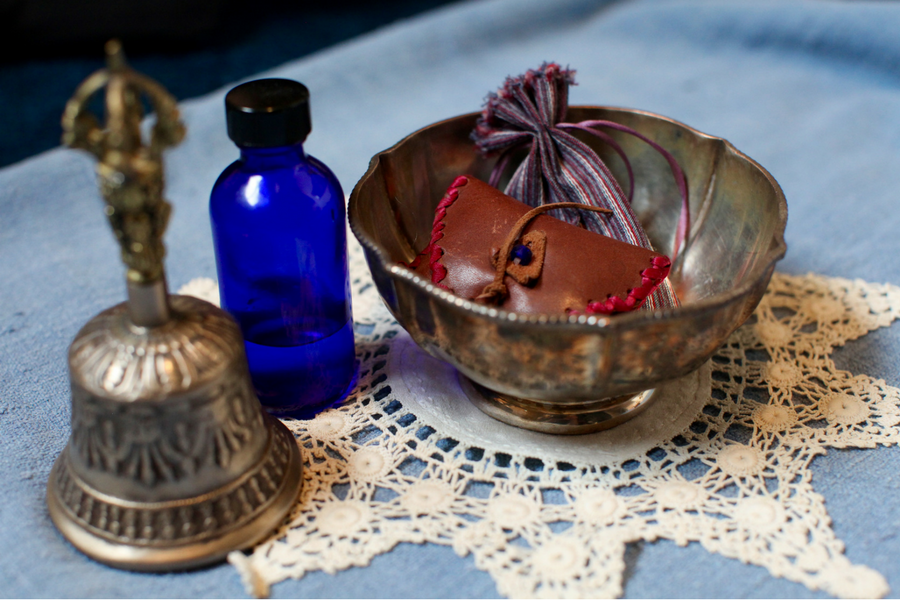 There are so many powerful ritual acts that occur around a death, and we often don’t appreciate their significance until there’s an issue. I spoke recently with a man whose sister had died, and whose brother-in-law had intentionally left his name out of her obituary. There had been tension and distance in the family, but this was a deeply emotional blow. The man said that being left out of the obituary hurt almost as much as his sister’s death.

We know we’re dealing with a deeply symbolic ritual action when something seemingly “small” in physical reality has a huge energetic and emotional impact. We could see this as the presence or absence of a few letters in a column in the newspaper. Looking through a materialist lens doesn’t do justice to the ritual importance of the gesture. We need to look at it through an energetic lens, and to recognize the patterns that the ritual makes or unmakes in the family field.

Rituals give us a way to find stable ground again after our world has been rocked. A death in a family throws everything into disarray, and the ritual structure helps us find something to lean on when everything has been turned upside down.

At death, when it seems like someone is gone, rituals help our souls integrate that information, reminding us that the person is gone from their physical body, but that they remain in our hearts in our memories, and in our family. Rituals re-affirm relationships and connections, and remind us all (living and dead) that we exist, and we have a place.

Traditionally, the obituary lists the living and dead relatives of the person who has just died. It takes a roll-call in both the Village of the Living and the Village of the Ancestors, and announces that this person is moving from one to the other. The names are listed in a specific ritualized form, in a complex algorithm of age, blood relationship, and proximity to the deceased. It can be hard to articulate the logic of this order, but when someone is listed out of order, or missing altogether, we know it, and it matters. A lot.

By not including this man in the obituary, the brother-in-law ritually dissociated him from his sister, and from the rest of his family, on both sides of the river. It was essentially a form of ritual shunning, a statement that this is who we are, and you are not one of us. It publicly denied his deep connection to his sister, denied him a place in the inner circle of grievers, and thus also denied the significance of his grief.